Let’s talk about my relationship with mythology today.

Hi! Today I will talk about one of the great loves of my life that I don’t believe I have addressed on here in a manner it deserves (Read: aside from a few references to it here and there I haven’t talked about it all) It is actually quite surprising and shocking that I haven’t addressed it on here yet and it has been almost three years since I started sharing my thoughts with you. So, today I share with you one of the bigger pieces of me: my love for mythology.

I was very very young when I had my first encounter with mythology and let me tell you, it was love at first sight. (Or encounter, in this case, but sight has more poetic charm now, doesn’t it?) Being born in a Hindu family, I was very small when I first heard the stories of Vishnu’s many incarnations, Shiva’s abode on the top of the Kailash, Ganesha’s many intellectual and food driven adventures and so many other stories. I heard these stories before I was capable of reading myself and they completely captured my imagination. 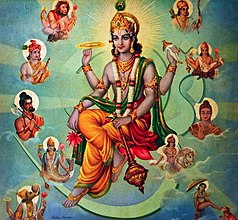 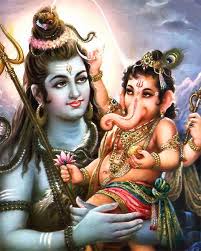 As I grew older, I was able to read these myself and reading and rereading the Mahabharata and the Ramayana, which are very famous great epics from India was only the tip of the iceberg that was the world of Hindu mythology for me. The many gods with their many different forms and different powers, the sages with their curses, the Asuras or the demons, entirely fascinated me. It was great fuel to my very active imagination and it was only the start to a love that well, as of now, would last a lifetime.

Then, like many travellers of lands far away, I stumbled upon the Greeks. Greek mythology was and probably is my favourite mythology to date(With the Hindu mythology) The Big Three with their three realms, Zeus with the skies, Poseidon with the seas and Hades with the underworld, Persophone and her travels changing seasons, Medusa’s fixating stare and monsters like the Minotaur or the Hydra were incredible stories to my 7-year-old brain. I also loved it more because of just how similar it is to Hindu mythology. The same many gods, the god of thunder, rain and lightning as king of the gods, the whole big three business, the similarities are endless and can be a post themselves.

After the Greeks, I found their more disciplined and stricter descendants and neighbours, the Romans. The parallels with Greek mythology were obvious and established but the differences were what fascinated me. Poseidon’s might staying not as mighty as he becomes Neptune, the much higher reverence to Mars, the god of war because Rome fought a lot of wars, the importance of the beauty of the gods in Grecian tales versus the war generals of Rome, it was amazing to me that something born from the same place went two such different directions.

After that, I stumbled upon many very different mythologies, the Norse with the tales of Thor and Odin, the Egyptians with Ra, Osiris, the eye of Horus and Set’s wrath and even mythology associated with younger religions like Christianity, Judaism and Islam. It is a love that has only grown over the years and an interest that I am highly passionate about. Passionate enough that when I found a friend who loved mythology the way I do, we seriously discussed having a mythology youtube channel together. (It never happened because duh, that’s how most plans with your friends go)

I would be remiss to not mention the wonderful boon that Rick Riordan has been to the world of mythology. His books brought my favourite myths to life in the modern world in the most literal sense and I am so thankful for his books because they have not only popularised this obscure love of mine but also expanded upon my knowledge and love of the Greek, Roman and Egyptian mythology. (I haven’t read his books on the Norse mythology yet but I’m sure they’ll have the same effect.) 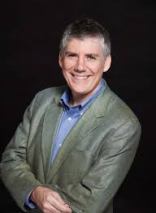 In conclusion, this has been my ode to my love, mythology and I’m glad that you could join me on this nostalgic little journey where I profess my love for one of my biggest passions, mythology. Thank you.

THIS POST’S QUESTION: Are you interested in mythology? What is your favourite mythology? Comment below with what you think about it, i’d love to here from you!

15 thoughts on “My Love For Mythology.”