” So bring on the rebels
The ripples from pebbles
The painters, and poets, and plays

Today we are discussing a cinematic marvel, a masterpiece of the celluloid and my favourite movie of all time, La La Land. I’ll talk about how and why I love the movie so much and am dedicating this post to this brilliant movie and the affection I have for it. 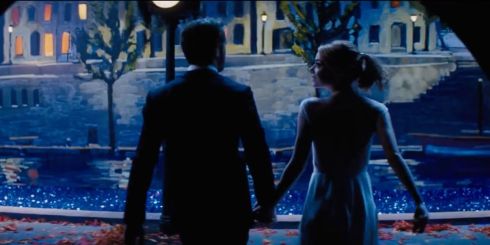 I’ll discuss the movie in depth so if you haven’t seen it already, go change your life and watch it now! (A minor hyperbole, but no really.) Go, watch and then come back and we will discuss it and you can marvel about the movie better. In any case, be warned. Some spoilers ahead.

La La Land is a 2016 Academy Award Winner gem of a movie. It is a burst of colour on an otherwise usually bleak landscape(A.K.A. Hollywood), literally, as the movie is as colourful as it is picturesque. It is a work of genius and Damien Chazelle has absolutely outdone himself. The elements of genius shine everywhere, even the title is a play on both the moniker for the city of dreams, Los Angeles where the movie is set and the musical as well as the dream-like aspect of the movie.

I first watched La La Land while I was on a 6-hour flight from Rome to Dubai, in the summer of 2017. It was love at first watch and I was impacted so greatly, it took me time to snap out of it. I last watched it yesterday to refresh for this post. It still takes me time to get out of the frame of mind the movie puts me in.

It feels like and is, a modern blast from the past and that’s one of the things I really love about it. Filmed on Cinemascope, it has the old-timey feel, with the bright colours, the inspirations from old iconic movies, the old Hollywood vibe of the entire movie and of course, the many parallels such as the one from Rebel Without A Cause and Griffith Observatory.

La La land is a treat for the eyes. Right from the superbly colourful opening sequence on the highway, the beautiful popping colours, the stunning visuals, and the creative cinematography make you feel like you’re within a dream and yet, it is just a different view on ordinary, real, everyday things. The colours vary with the season and the mood of the film and symbolism has been used well throughout. All in all, this makes La La Land a beautiful piece of art to behold.

I have a special fondness for musicals and this is an exceptional one. Music is, in my opinion, the third lead character in this movie and possibly the strongest one. The power the music holds, with Mia and Sebastian’s theme or the music setting the mood for the season in which the scene is set, the dancing, the songs and their placement makes the movie a visual as well as an auditory delight. I am also very fond of jazz and this movie is quite literally, a homage to it. This movie brings old, pure jazz to the spotlight and thus, the music in La La Land is a work of genius in itself.

The acting and the direction only raised the pedestal the movie was already on higher. The raw, poignant emotions of the characters amazingly executed by Emma Stone and Ryan Gosling in line with Damien Chazelle’s vision, of course, made this movie extraordinary and makes me more invested in the characters, the story and the movie itself, each time I watch it. 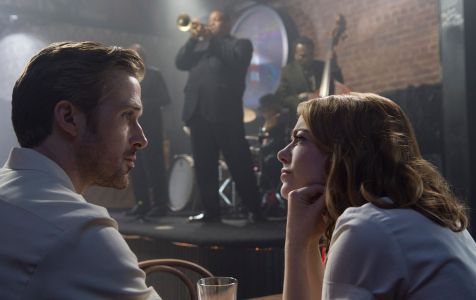 I can’t, of course, appreciate the movie without appreciating the wonderful story that it brought to life. The story was one beautifully written, with many many gorgeously written songs and quotes throughout, that I, as a lover of words, have to appreciate. It is an extremely quoteworthy movie(Like the quote I started this post with, for instance) and words have been honoured throughout the movie. The story was unique, dreamy yet real, hard-hitting and honest. The juxtaposition of reality and fantasy, of dreams and the truth, of the way life is magical yet not perfect, is what makes this movie special and is probably my favourite aspect of the movie. The heartbreaking ending sequence, the what-if, really drives the idea home and as much as I hate it, I love it more.

In conclusion, La La Land is my favourite movie because I feel fortunate to have seen it come out in my lifetime and honoured to have witnessed the beauty, the genius and the magic that is La La Land.

THIS POST’S QUESTION: Have you seen La La Land? How did you like it? Comment below with what you think about it,I’d love to hear from you!