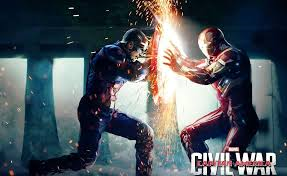 Yesterday, I got to watch Captain America: Civil War, which as a huge Marvel Universe fan I’d been looking forward to since months. And, the verdict? It lived up to all the anticipation and was so much more.

First, I’ll attempt to give a completely spoiler free comprehensive review for those of us who haven’t watched the movie yet. And then, we’ll launch into a full fledged spoiler infused discussion or as I would like to call it, a Movie Talk on it.

The plot summary is that, due to the loss of innocent lives in past Avengers’ missions brought to fore by a recent one the governments of the world want to install a system of accountability and certain control over the collateral damage the Avengers cause. This proposal ends up dividing the Avengers with Captain America and a few others of the belief that superheroes should remain free to defend the people without the government’s interference and Iron Man and a few others believing that a system of check is quite necessary and is a good idea. This debate is soon a feud and escalates into a fight bigger than the like of which the Avengers have ever seen before because this time, they’re fighting themselves.

What you should know: Look forward to some great superhero action, amazing superhero introductions and brilliant characterisation. Oh, and there’s two after the credits scenes. 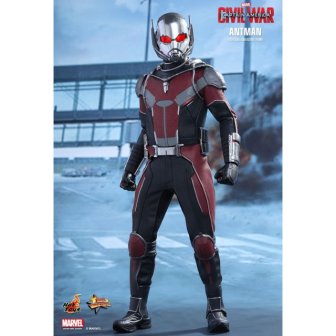 Final Remark: Definitely watch it, unless hard-core action is not your thing.

This is your cue to leave if you haven’t seen the movie yet. Watch it, come back and read the rest.(Unless you like spoilers, in which case, please enjoy your stay.)

Now, lets talk about what actually happens in the movie. The leading up to the fight, the characters , the action and the final showdown was so wonderfully out of this world, I can’t even begin to describe it. If you’ve watched it, you know exactly what I’m talking about.

The new characters, Black Panther, Ant Man, Spider Man and even Vision(Though not new but relatively unknown.) were nailing it. Especially Spidey. His fight sequence was so true to the comics and so funny and similarly Antman was such a big(Do you see what I did there? Do you?) surprise trapped in a tiny little body. Black Panther’s introduction was amazing and his character development, perfect. 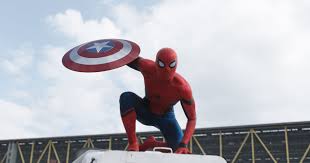 I felt Iron Man’s pain and my heart broke especially at the “So was I”.(And the shield drop.)I felt the injustice at Bucky’s framing and could feel Captain’s thought process.Peggy’s funeral was a nice addition and added to Captain’s character hugely. I loved Black Widow’s action sequences and the moment she asked Hawkeye, ” So, wait are we still friends?” and he replied with “Depends on how hard you hit me.” I loved the sequences with Vision and Wanda and the character development they got. Rhodey  , that poor guy. That hugely looked forward to and very anticipated airport fight sequence was just everything Marvel stands for.

On a concluding note, that uncharacteristically attractive and un-Aunt like Aunt May though. This movie was a new achievement for the Marvel Cinematic Universe and you can see how it was majorly built up for, over the years. I can’t wait for Avengers: Infinity War now. 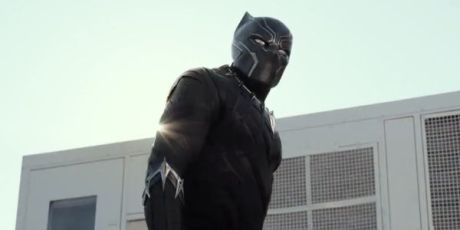 In the pursuit of expressing oneself.

I literally just watched this yesterday! SpiderMan and AntMan’s appearances were definitely one of my favorite parts of the movie AND I DIDN’T WATCH ANY OF THE AFTER CREDITS, DAMN.

Me too! Aw,it’s okay.I stayed because I know Marvel always puts two after the credits scenes.It’s a little secret we Marvel fans have. 😛

I wanted to read the spoiler, but decided not to. I love Marvel movies, and look forward to watching it. The synopsis you gave was plenty. I’d say you’re becoming the site to seek when somebody wants a thorough move review. Bravo!

It certainly lives up to the anticipation! Thank you so much,I’ve only written one though!

I loved the movie as well! Everything was totally on point!

Yes yes! I loved it so so much too!

Hmm, you make a good point about the characterizations. Especially adding to Cap’s character with Peggy’s death.

Thank you! That was probably my favorite part of the movie,the brilliant characterisation it has.